Watch out there’s a photographer about!

I don’t know if it’s just here in the UK but there seems to be a growing suspicion and even open animosity towards photographers, especially street photographers.

Recently someone supposedly close to us has even gone so far as equating photographers with something far more unsavoury. “You have a camera so you’re a paedo – or at least your friends might be.” If a family member thinks this way what hope is there?

Paranoia is so bad nowadays that it’s just not worth the risk to take street photos with children in them – especially for a male photographer. 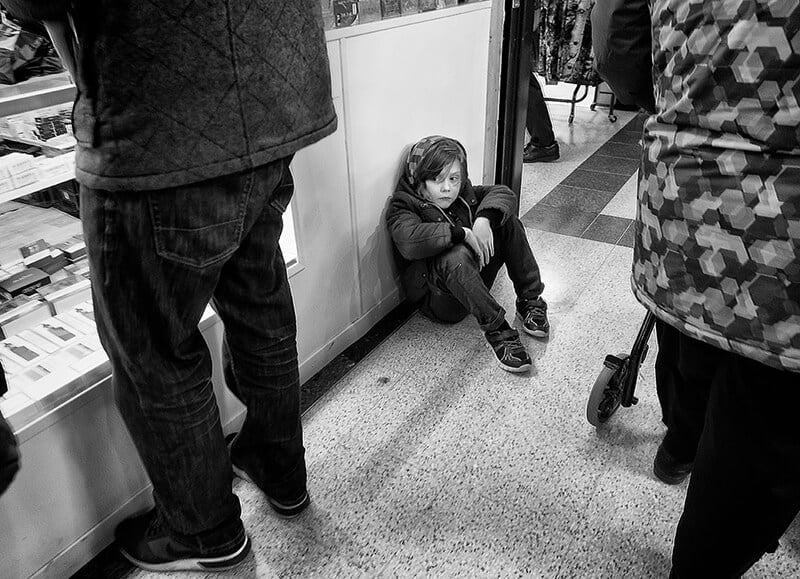 What makes people think in this way?

Of course, the usual privacy arguments are trotted out. But we have less privacy than ever; CCTV follows our every move and our phones track us everywhere. We even openly broadcast our personal lives on Facebook etc.  I think the answer lies elsewhere.

Most of the animosity we have had has been from younger people – in particular, those that seem to post the most pictures of themselves on social media. I think this highlights part of the issue; the ‘selfie brigade’ have a distorted view of themselves that turns them against anything that portrays real life. Everything has to be perfect (if duck faces are classed as perfection), staged and artificial. Photographs that show real people with real lives are something they don’t want to believe, perhaps they are afraid that they themselves aren’t that special or perfect after all.

There’s also a distinction drawn between ‘phone’ cameras and ‘real’ cameras. The phones are so ubiquitous that they are virtually unnoticed whereas someone holding a traditional camera must have some ulterior motive – just by virtue of being ‘different’.

It boils down to control. If they can’t control it they rail against it.

I think another factor is the way governments (aided by the media) have encouraged paranoia and a fear of something different so that they can deflect attention from their own misdeeds. The anti-immigration rhetoric and scapegoating of the jobless and disabled feeds distrust in people and I think photographers can get caught up in the backlash. There does seem a correlation between those that hate (street) photographers and those that complain the loudest about foreigners and a host of other imagined ills.

Having said all that the street photography projects we have done have been quite successful and as a result, we have made a lot of friends who have been very supportive not only of the photography but of a range of unrelated issues. It has been noticeable that many of the people we have met through photography seem to have more in common with us over a variety of subjects than those we have known for far longer.

This resistance to photography and the personal attacks won’t stop our photography though.

The things that people least like to see are often the things they most need to see.

1 thought on “The backlash against street photographers”

Pages on this site

See more photographs by John Gill at the After the Coal Dust website.